NEXT TO NORMAL     ​boho theatre

Big Fish     Theatre at the Center 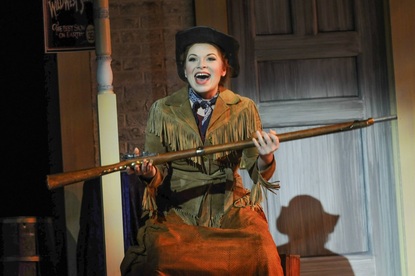 Colette Todd as Annie Oakley. December 2013
"... In Colette Todd and James Rank, Light Opera Works has two marquee performers who can hit the bull's-eye. And so they do, with Todd offering up an effervescent and lovable personality to boot. ... enjoy Todd's guileless charm and brassy pipes.  You do very much want her to get her gun and win her match."
- Chris Jones, Chicago Tribune
Full Review

"As Annie Oakley, Colette Todd is a master artist, whose solid, bright belt and clean, sincerely expressive soprano mixes well with a sassy spunkiness that’s perfect for this role. Ms. Todd makes an impression showcasing both her comic talents and her musical strength in songs like “Doin’ What Comes Naturally,” “You Can’t Get a Man With a Gun,” “I Got the Sun in the Morning” and the gorgeous “I Got Lost in His Arms.” - Colin Douglas, Chicago Theater Review
Full Review

"... We are treated to a vision that takes us back in time, to one Annie Oakley. They just had to do this play because of the sparkling Colette Todd, who has been delicious in every role I have seen her in, but who was born to play this role. Just watching the lovable Colette Todd is worth the price of a ticket."  - Alan Bresloff, Around the Town Chicago
Full Review 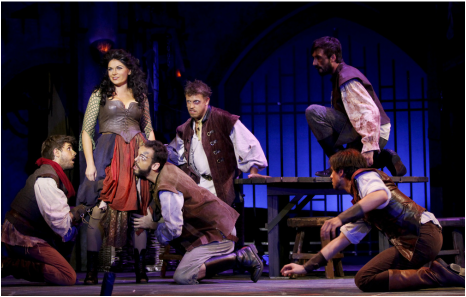 Colette Todd as Aldonza. August 2012
"And Todd, with her lusty voice, her physical daring and her ferocious energy, is a searing Aldonza, bringing dramatic weight to every scene and song...” - Hedy Weiss, Chicago Sun-Times
Full Review

"...When Harms sings a line like "I have sought thee, sung thee, dreamed thee, Dulcinea!" it comes with the quality of an aching need. And that helps Colette Todd, who plays Aldonza/Dulcinea, to raise her own game and return the connection. It is, consistently, a very moving relationship."
- Chris Jones, Chicago Tribune
Full Review

"...And even more revelatory is the performance of Colette Todd as Aldonza.... the toughness of her portrayal makes the stakes of her redemption with Quixote’s help high and very real. Vocally, she knocks her songs way out of the park with the hard-to-find full-bodied soprano that the role requires. Her vocals are every bit as strong as those of Joan Diener on the original cast recording and at times you’d swear that’s who you’re listening to. "     - Scotty Zacher, Chicago Theater Beat
Full Review

"Colette Todd's engrossing evolution from shrewish violence to empowered hope is the strongest force (among many pluses) in Rudy Hogenmiller's solid revival.  In her rabid struggle against acknowledging any higher value for her miserable life than mere survival, this Aldonza stands in for the world's millions of denied Dulcineas."     - Lawrence Bommer, Chicago Stage Style
Full Review

"But above all, it's actress Colette Todd as the spirited and languishing Aldonza, the tormented cook at a roadside inn-turned-lady-in-waiting, who brings a bounty of fresh unbridled talent with a booming songstress persona to the stage."     - Philip Potempa, The Times of Northwest Indiana
Full Review 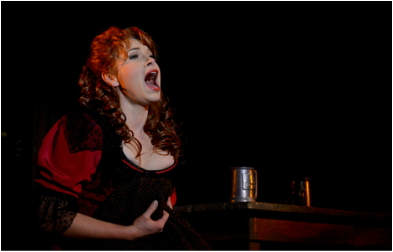 Colette Todd as Nancy. December 2012
"...The aforementioned ballads (most notably “As Long as He Needs Me”) are belted admirably by Colette Todd — a full-throated star of this company."  - Chris Jones, Chicago Tribune
Full Review

"In a standout performance as Nancy, Colette Todd spreads her intense bravado with everyone she shares scenes with. Her soaring voice certainly doesn’t hurt either."  - John J. Accrocco, New City
Full Review

"Colette Todd is a terrific Nancy as her wonderful voice gives Nancy hero status. Todd’s stirring ballad “As Long As He Needs Me” brings the house down with her amazingly emotional delivery."  - Tom Williams, Chicago Critic
Full Review


"The real show stopper of this Oliver! Is Colette Todd as Nancy. Her rich voice and vibrant personality all poured into her shabby red dress lit up the stage every time she appeared, and her unfortunate end as the crescendo of the last act is shocking and devastating. "  - Angela Allyn, Chicago Stage Style
Full Review 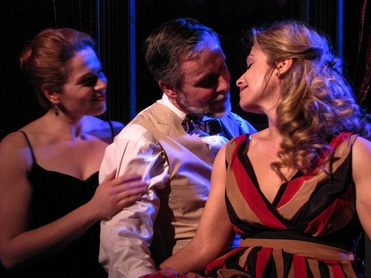 Colette Todd, Sean Thomas, and Kelli Harrington. March 2013
"...The Theo Ubique Cabaret Theatre continues its remarkably consistent run, turning out a beautifully sung non-Equity production that showcases, along with Harrington's, the formidable talents of two other women who revolve in and out of each other's love lives, the delightfully ironic Colette Todd and the remarkably intense Rochelle Therrien."  - Chris Jones, Chicago Tribune
Full Review

"... Colette Todd as Giulietta, the vivacious bisexual lover of both Rose and Rose’s husband, George. If Todd’s flame-throwing take on “Hand Me the Wine and the Dice” doesn't leave you ready to chuck your bourgeoisie conventions and hop the first flight to Rio, then you just aren't paying attention."  - Catey Sullivan, Chicago Magazine
Full Review